Whether performing transport, logistics, strike or reconnaissance duties, helicopters and tilt-rotor aircraft greatly multiply the effectiveness of ground forces. They are a combat multiplier as well as a lifeline in austere environments.

The heart of this family of aircraft will be the digital backbone, which includes the future attack reconnaissance aircraft (FARA) and the future long-range assault aircraft (FLRAA) for the Army, as well as the attack utility replacement aircraft (AURA) for the Marine Corps. This is a fully integrated, open, safe and secure architecture that will enable true multi-functionality of currently federated systems while providing the Army with the agility to rapidly iterate FVL’s mission systems to outpace the threat. The Army-owned modular, open systems architecture (MOSA) is an advanced and low-risk path to realizing this aspect of the FVL vision. 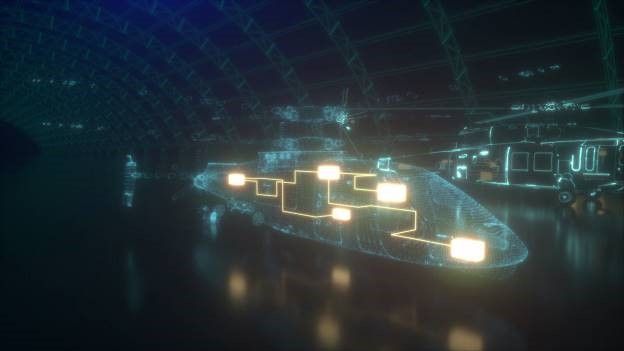 “Future Vertical Lift will be the most sophisticated rotorcraft to enter military service, with all systems connected by the digital backbone,” said James Conroy, vice president, navigation, targeting and survivability, Northrop Grumman. “Just as a mobile phone relies on an operating system to connect apps and sensors, this digital backbone will allow the next generation of avionics and self-protection systems to work in a unified way.”

With future generations of FVL aircraft planned to operate alongside the enduring fleet of Apaches, Black Hawks and Chinooks, ensuring interoperability and commonality within Army Aviation will also be a top priority. Investments in FVL must enable the enduring fleet to be capable of multi-domain operations concurrently.

From a flying prototype to long-term relevance

The mission systems installed on military aircraft today will need updates throughout its lifecycle to stay ahead of changing threats and to adapt to new battlespace realities. For example, an engine may change just once during an airframe’s service life, but the avionics will need to evolve many times, as well as become greater than the sum of their parts through innovative integration.

“Some of the aircrew who will fly on these aircraft have not even been born yet. That’s how far into the future we need to think,” said Conroy. “The way we will keep these aircraft relevant into the 2060s and beyond is open architecture.”

Northrop Grumman is uniquely positioned to help the Department of Defense shift the rotary wing fleet from analog to digital, from federated to open and integrated.

For 20 years, Northrop Grumman has been delivering mission computers to the U.S. Marine Corps for the AH-1Z and UH-1Y helicopters. More recently, the company has been upgrading the cockpits of UH-60L Black Hawk helicopters to a digital standard known as UH-60V. Though first applied to the UH-60V, this Army-owned architecture is a clean sheet, model-based systems engineering operating environment designed to support the most advanced platforms and their missions.

“Our architecture is a flying prototype of what FVL can be,” said Conroy. “These are the capabilities that will enable FVL and the enduring fleet to become the connected and interoperable fleet the Army envisions.”

These mission computers exemplify Northrop Grumman’s approach to software-defined, hardware-enabled digital systems. Using a modular, open systems architecture, the computers provide secure interfaces that allow for the integration of a wide range of systems and sensors. This architecture gives customers the freedom to choose the hardware and software that best meets their needs, regardless of manufacturer. It also provides a lasting path to relevance, adding years of service to proven airframes.

In future conflicts, the first strike may take place in the cyber domain. As a leader in both cybersecurity and open architecture, as well as a principal member of the Future Airborne Capability Environment consortium, the company is demonstrating that open systems can be safe and secure.

“Open architecture allows our customers to select the most effective and resilient hardware and software for the mission, and that freedom of choice translates to a greater level of cyber security,” said Sotura.

New Line of Antennas Covers a Broad Range of Frequencies